You are using an older, unsupported browser. Please visit this link to contact us.

The ESMRC Board of Trustees is currently accepting applications for Board Member positions. Fraternal affiliation not required. The Board meets on a monthly basis throughout the year and selected members serve a five-year term. Interested applicants may contact Larry Lillo, Executive Director, for specific information, 303-753-2174.

ASSOCIATE BOARD OF TRUSTEES:

Interested current Masonic Lodge or Eastern Star Chapter members, who would like to take in active role in helping shape the current and future direction of the Eastern Star Masonic Campus, should contact their Lodge or Chapter Secretary about becoming a House of Delegate Representative. Meetings are held on a quarterly basis throughout the year. Contact Larry Lillo, Executive Director, for further information at 303-753-2174.

Terry retired in 1999 after 38 years of working for five railroads as a Special Agent and a Manager Damage Prevention Services. He became very familiar with change due to mergers and closures during his career. Terry married Bonnie 61 years ago and they have 3 children and 4 grandsons and 1 great-granddaughter and 1 great grandson. He became a Master Mason in Blue Island, Illinois in October 1967. After moving to Colorado, he joined Perfection Lodge #193 and was Worshipful Master in 1978 and in 1995. Terry joined Unity Chapter #97, OES, with his daughter in 1996 and served with her as Worthy Patron in 2004 and 2012. He was also Worthy Patron in 2010, 2016, and 2017. He is a member of Loyalty Chapter #145, Blackhawk Lodge #11, Scottish Rite, York Rite, HRAKTP, and KYCH. . He is a Past High Priest of Royal Arch Chapter #2 in Denver, Past Thrice Illustrious Master, Denver Council #1 Cryptic Masons, Denver, Past Commander of Denver Colorado Commandery #1, Denver. Terry has been a Board of Trustee for 16 years.

Kathy is an active member of Heritage #154 Order of the Eastern Star since 2009. She retired after 32 years of service at CenturyLink in 2020. Kathy worked in the global network operations center as a quality manager and systems analyst. During her tenure, she held positions in accounting, finance, contract management, process support, and engineering. Kathy and her husband, Ken, have five children and seven grandchildren. Ken picks up and distributes food for a community food pantry. Kathy is honored to serve on the Board of Trustees and advocate for the ESRMC community.

Steve is a Denver native who currently lives in Parker with Janie, his wife of 43 years; they have 4 grown children & 5 grandchildren under the age of 15. He loves to play golf, ski, bounce on his trampoline and go for walks with Janie. He has been a mason for 46 years and is Past Grand Chaplain for the Colorado Grand Lodge. He is a past master of Perfection Lodge 193 in 1982, a member of Centennial lodge, Blackhawk lodge, the Denver Consistory, and the Metro Chapter of the Eastern Star. Steve has over 40 years in the residential Real Estate & Mortgage business in Colorado and he still works full time. He retired in 2015 as a part-time gymnastics coach. He spent Saturday mornings for 25 years teaching gymnastics at the South Suburban Recreation Center. Before that, he was the men’s gymnastics coach at Arapahoe High School. He attended the University of Denver on a full scholarship for gymnastics and diving and graduated with a Business Degree in Real Estate in 1973. Beginning in 2001, at the age of 50, he attended Denver Seminary and spent 8 years of part-time study learning about the Christian faith. He is the Pastor of the Master’s Community Church. Over the past 15 years, he has conducted a non-denominational Church service on Sunday mornings at the Eastern Star Masonic Retirement Community Chapel. All are welcome so bring your loved ones and come to Church, service begins at 10:00 am. Steve believes that serving on the Board is an honor. He also believes that in the priorities of life that we should put God 1st, family 2nd, work 3rd, and all other activities come after that.

Bart was raised in an active Masonic family in Arvada, Colorado.  He joined Georgetown Lodge #12 in 2002, and has served as Master three times. He also belongs to Denver Consistory, where he is currently an officer in the Centennial Lodge of Perfection, and El Jebel Shrine. He has career experience in both architectural and mechanical drafting, and works as Lead Engineer for a luxury retail store fixture manufacturer.

John Warren is a true Colorado native, having been born and raised in a small southeastern town. He moved to Denver in 1977, working for the Colorado National Guard, retiring in 1994. After that, he went to work at Stapleton Airport and shortly after, was in on the move to DIA . He finally retired in 2004 from everything. He has been a Master Mason since 1991 and a Scottish Rite Mason since 1992. He also is a member of all three York Rite Bodies and of course, the Order of Eastern Star. He has two daughters and three grandchildren. His hobbies include reading and some traveling.

Dick’s early life and elementary school years were spent in Illinois. He came to Oregon with his parents in 1954 and graduated from Grants Pass High School in 1958. Following high school he enlisted in the U.S. Navy, trained as an Aviation Electronics Technician and served in a Naval Air Patrol Squadron. After receiving an Honorable Discharge, he returned to Oregon and acquired business experience working in his father’s new car dealerships, culminating as a General Manager. In 1974 he married Judith, a teacher, and a decision was soon made to return to school. In 1976 he received a Bachelor of Science in Business Degree with a concentration in Accounting. After receiving this degree, he fulfilled the requirements and was granted a Public Accountant’s License in 1978 and a Certified Public Accountant’s license in 1980 by the Oregon Board of Accountancy. On June 30, 2017, he retired after practicing 39 years in Oregon and 2 years in Colorado.

Dick received his Masonic Degrees in Grants Pass Lodge # 84 AF&AM of Oregon in 1975. Presently he is a member of Weston Lodge #22 in Colorado, is Treasurer of the Weston Masonic Temple Association, and also several lodges in Oregon. His path through offices in the Grand Lodge of Oregon culminated as Grand Master of Masons in Oregon in 1998-1999.

Later he was actively involved in the York Rite bodies in Oregon, fulfilling offices through and including M.E. Grand High Priest R.A.M. of Oregon; M.I. Grand Master Cryptic Masons of Oregon; R.E. Grand Commander Knights Templar of Oregon; as well as honorary bodies of Red Cross of Constantine, K.Y.G.C.H., and others. In addition he has served as a DeMolay advisor for 20 years and maintained membership as a Scottish Rite Mason, Hillah Shrine, and life member of Royal Order of Scotland for about 40 years. After joining Heritage Chapter #154 O.E.S. in 2017 in Colorado, he is currently A.P. and Worthy Patron-elect, 2019.

Other Civic Positions include:

He and his wife moved to Denver from southern Oregon in 2015 to be closer to family and enjoy first-hand the 2 granddaughters who live here. Two of their 4 children now live in Denver; family activities are special.

Steve lives in Strasburg but was born and raised in Denver. He is married to another Denver native, Sheila, and they have one daughter and three grandsons. Steve graduated from the University of Denver College of Law in 1979 and was licensed as an attorney in Colorado in 1980. He practiced law and administered a bar review course (in both Colorado and New Mexico) until 2009. Steve is active in several Masonic bodies and Eastern Star. He joined Aurora Lodge 156 in 1985, then York Rite bodies in Georgetown, Rocky Mountain Consistory, and El Jebel Shrine. He is currently Grand Commander of the Grand Commandery of Colorado. Steve joined Dawn Chapter 125, OES, in 2011 and has served as Worthy Patron three times. In 2018-19 Steve served as Grand Warder for the Grand Chapter of Colorado, OES. Steve has served the RRESMRC Executive Committee, and just completed a one-year term on the Board of Trustees. 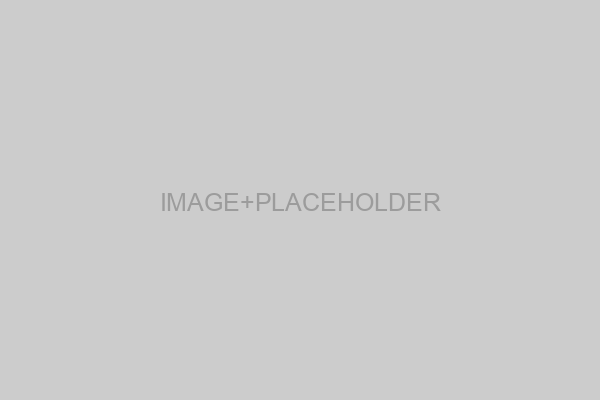 Jaymie Vaughn was born April 15, 1974, as a 3rd generation Colorado native. He graduated from Arvada High school in 1992. Along the way, he met his wife Stephanie and they were married in 2000. They have 2 children, Julia, age 18, and Jack age 17. He has held a variety of jobs including 10 years as an auto mechanic, 2 years as a loan officer, 14 years as a superintendent for a mechanical contractor, and now works for Compliance Plus as a medical gas verifier. Clearly, Jaymie likes to work with his hands and build things. His hobbies include golf, home projects, spoiling his hairless cats, football, traveling, hunting, fishing, camping, and spending time with family. He loves being actively involved in Masonry and has enjoyed his masonic family for 16 years. One crazy thing Jaymie does is park in “his” parking spot at stores and follows the same pattern to go through the store each time, he has also been known to iron his money before he puts it in the safe. Maybe a little OCD.

Larry was born and raised in Adams county here in Colorado. Larry married his high school sweetheart, Cathy, in 1972. Larry and Cathy have three children and five grandchildren. Larry spent his professional career in the electro-mechanical business. After retiring in 2015 Larry went to work for Colorado Coalition for the Homeless and is currently their Director of Maintenance overseeing twenty sites consisting of more than eighty buildings. Larry served as Worshipful Master of Liberty Lodge 134, three times, Past Venerable Master for the Denver Chapter of the Knights of St. Andrew, and will serve as the 2022 Venerable Master for the Centennial Lodge of Perfection at the Denver Consistory.